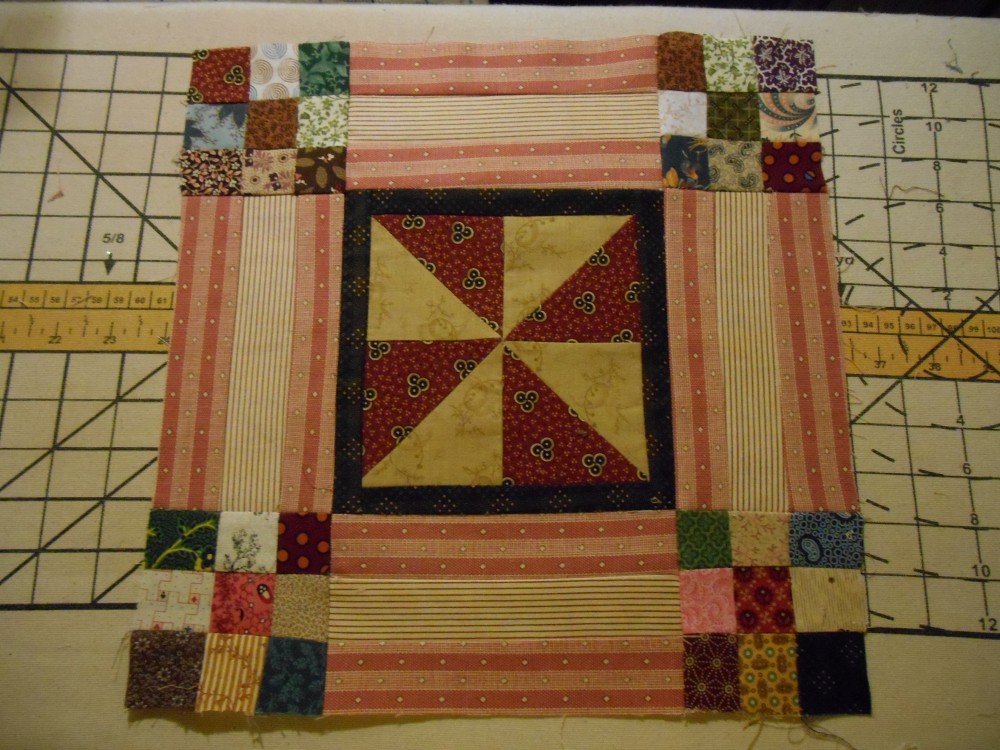 I had 4 extra little nine squares left.  So I looked through Jinny Beyer book and found this block called Mother’s Fancy. 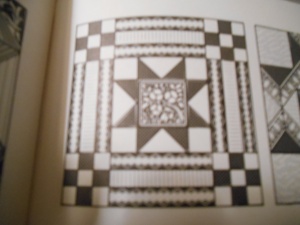 Only the block has a Ohio star in the center.  I decided to use some of the half squares I had and make a pin wheel in the center. 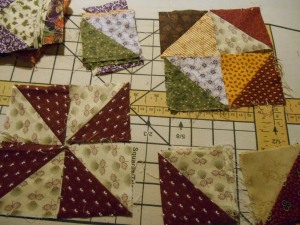 I wanted a 6 1/2 inches unfinished block for the center but  the pin wheel was an inch too short to make a 6 1/2 inch square.  I added a boarder from some fabric that was in the pile of scraps and squared it up to 6.1/2 block.  If you look close you will see that this pin wheel is a little wonky.  But that is ok because this is not a show quilt and the only people that will see it up close in my family.

According to Jinny Breyer this block was featured in the 1898 Ladies Arts Catalog.   The Ladies Arts Company was started in 1898 in St. Louis, Mo. but began advertising their catalog in 1895.  It was the first catalog that offered quilt patterns with names that could be ordered in the mail.  They offered 400 patterns.  Their influence was far reaching because it was a mail order company.  We still use many of the names that was in their catalogs to identify the patterns.

The catalog itself was a source of patterns that women could use to draft their own patterns and they did.  I drafted this pattern to fit a 12 1/2 inch block.   There was many older women still in the late 19th century that had little or no education.  But they figured out how to make these quilt block with out much math by folding paper to sections and drawing in the block pattern.  After they had the design they wanted, it was a simple mater of cutting up the paper into parts.  They added the seam allowance when they cut out the pieces and sewed them together.  They added their own quilting to the finished quilt.